The Women’s Foundation of Arkansas established the Woman of the Year in Business award to recognize a woman in Arkansas who has shaped the success of her organization/business and demonstrated leadership, professional achievement and contributed not only to her workplace, but also her community. The award is presented at the Power of the Purse Luncheon. This award is designed to honor and preserve the names and exemplary accomplishments of women business leaders in Arkansas. Nominees are welcomed from across the state.

Woman of the Year in Business Honorees

2019 Woman Business Leader of the Year

Landreaux was named to the leadership role on July 1, 2018. Previously she served Entergy Arkansas as finance director from November 2017 to June 2018. She was named vice president of regulatory affairs in May 2014, where she was responsible for interactions between Entergy Arkansas and the Arkansas Public Service Commission.

Joining Entergy in 2007 as senior counsel, Landreaux practiced regulatory law for five years and then became manager of Regulatory Affairs for Entergy Arkansas in 2012.

2018 Woman Business Leader of the Year

Marcy Doderer took the helm as President and Chief Executive Officer of Arkansas Children’s on July 15, 2013. Over the last five years she has led the transformation of ACH into a health system, which includes multiple clinics, research institute and two pediatric hospitals serving over 700,000 children in Arkansas.  Prior to her role at Arkansas Children’s, she served as a member of senior leadership for CHRISTUS Santa Rosa Health System in various capacities since 2002.  Marcy held progressive leadership roles in Texas, serving in both large and small hospital facilities.

Marcy is a Fellow in the American College of Health Care Executives (ACHE) and is active in many professional organizations. She has served on various boards and committees at the state and national level aimed at improving child health. She is currently a board member of the Children’s Hospital Solutions for Patient Safety, the Children’s Hospital Association, and Healthy Active Arkansas. Marcy is also active with the Little Rock Regional Chamber and Fifty for the Future.

As a professional and a mother, Marcy is passionate about improving healthcare for children in Arkansas. She obtained her BS in Finance from Trinity University, San Antonio, Texas, and her MA in Hospital and Health Administration from The University of Iowa.

2017 Woman Business Leader of the Year

Launching her agency career as an intern at Mangan Holcomb Partners in 1994, Sharon Tallach Vogelpohl became a principal in the firm in 2005 and was named president in 2010. Along the way, she has nurtured many advertising and public relations campaigns from strategic development to award-winning recognition. Her twenty-year career spans the spectrum from copywriting to crisis communications for clients in every imaginable category. Sharon’s experience includes award-winning work for nameplates such as Verizon Wireless, J.B. Hunt, Walmart, Simmons Foods, Stephens Inc., Le Bonheur Children’s Hospital, Delta Dental of Arkansas and RiceTec, Inc.

2016 Woman Business Leader of the Year

Elise is an accomplished strategic communications professional whose entrepreneurial spirit helped build Mitchell into one of the top 10 fastest-growing firms globally and a two-time Agency of the Year winner – honored by both PRWeek and The Holmes Report.

Today Mitchell is the leading PR brand in Dentsu Aegis Network, where Elise is also building a global PR capability for the network.

Among many other recognitions, Elise has been named PRWeek Public Relations Professional of the Year and a Top 50 Power Player in PR.

Elise holds a master’s degree from the University of Memphis.  She is a wife, mom, runner, motorcyclist and passionate advocate for women entrepreneurs.

2015 Woman Business Leader of the Year

Joan Johnson is the Co-Founder and President of White River Hardwoods.

2013 Woman Business Leader of the Year

Martha Moore is owner and President of McCormick Works located in Ozark, AR. Growing up in the small town of Altus, Arkansas, Martha experienced first-hand the dire need for change in our economy and country. As a member of the first Mexican-American family in her town, she grew up with a passionate ambition to overcome poverty, to rise to challenges and achieve her lifelong dreams. Martha slowly worked her way up in the company her father, Edward McCormick, started in the 1980’s; from steamroller operator to secretary to office manager and ultimately buying the company piece by piece until she was 100% owner. Martha is now approaching her 22nd year of business, which alone is cause for celebration in these tough economic times. She has built strong relationships with many men and women in the industry, and has established a well-supported and solid reputation for her company.

2012 Woman Business Leader of the Year

Judy R. McReynolds is President and Chief Executive Officer of ArcBest CorporationSM, responsible for managing the multi-billion dollar freight transportation and logistics services company, including oversight of the operating companies ABF FreightSM, ABF LogisticsSM, Panther Premium LogisticsSMand FleetNet America®. Since 2010, Ms. McReynolds has also held the post of Director of ArcBest Corporation, and is the only member of the company’s senior management who serves on the board. Her 25 years of transportation industry experience, including 18 years at ArcBest, provides significant value to the board.

During her tenure, Ms. McReynolds has evolved the ArcBest strategic focus to expand beyond its core less-than-truckload services in order to better serve customers across the supply chain spectrum. Building upon ABF Freight’s 90-year-old roots as an LTL leader, she is diversifying ArcBest into an all-inclusive transportation and logistics provider through the addition of non-asset-based and asset-light businesses. These include the 2012 purchase of Panther, which provides time-sensitive, mission-critical delivery and premium logistics, and the 2013 formation of ABF Logistics as a complementary sister company to ABF Freight.

Previously, Ms. McReynolds was Senior Vice President – Chief Financial Officer and Treasurer, Vice President – Controller, and Director of Corporate Accounting when she joined the company in 1997. Prior to joining ArcBest, she served as Director of Financial Reporting and Taxation with P.A.M. Transportation Services, Inc. and as a Senior Manager of Ernst & Young LLP.

Ms. McReynolds serves on numerous outside boards including OGE Energy Corp., First National Bank of Fort Smith, the Transportation Industry Council of the Federal Reserve Bank of St. Louis and the Westark Area Council of the Boy Scouts of America. She also serves on the Dean’s Executive Advisory Board of the Sam M. Walton College of Business at the University of Arkansas, the UAFS Foundation Board and is a member of the American Trucking Associations Board of Directors and Executive Committee. A Certified Public Accountant, Ms. McReynolds holds a bachelor’s degree in accounting from the University of Oklahoma.

Nominate a Woman of the Year in Business for 2020

Nominations for the 2020 Woman of the Year in Business are now being accepted. The state-wide award will be presented at WFA’s Power of the Purse at the Statehouse Convention Center in Little Rock, AR. WFA’s Board of Directors will vote and approve nominations.

Self nominations are welcome. Please submit nominations in their entirety to ensure adequate consideration of nominee’s contributions to the state.

*For posthumous nominations, please include date of death and mailing address information for a relative or contact.

To nominate an exceptional woman for this award, please send the following details to swise@womensfoundationarkansas.org with the subject line “Nomination: Woman in Business Award” 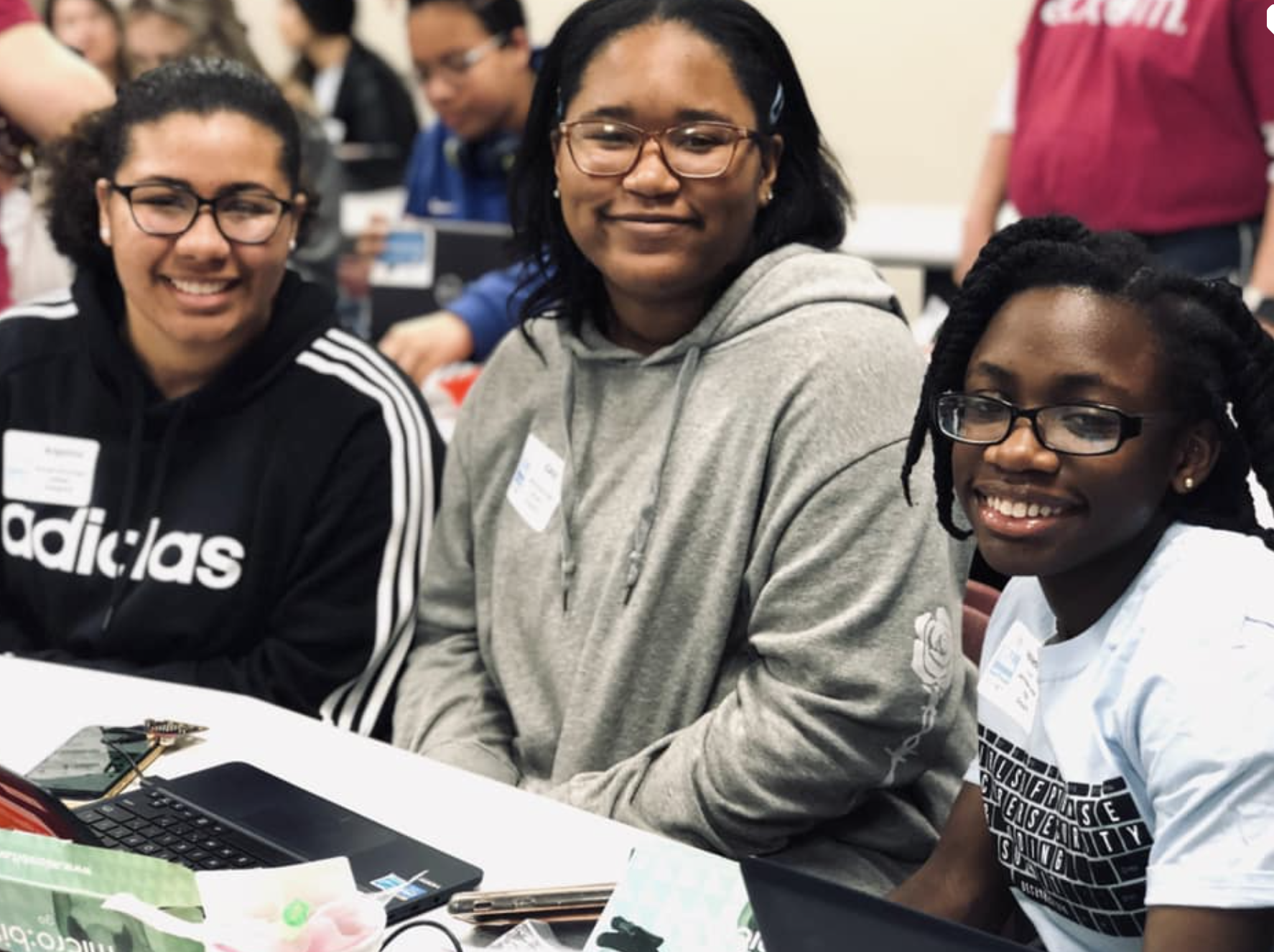